Abhaneri is located at a distance of 95 km from Jaipur on the Jaipur-Agra road. Ajmer To Abhaneri Taxi Distance is almost 230 KMS. It is a village in Dausa district of Rajasthan. Which is very popular among people due to its terraced wells. Chand Bawari has always been the center of tourism attraction due to its beautiful large terraced wells. Samrat Mihir Bhoj established the village of Abhaneri. Originally the name of this village is Abha Nagri. Which means “City of Shine”. But due to the wrong pronunciation of people over time and now the name of this village has become Abhaneri. 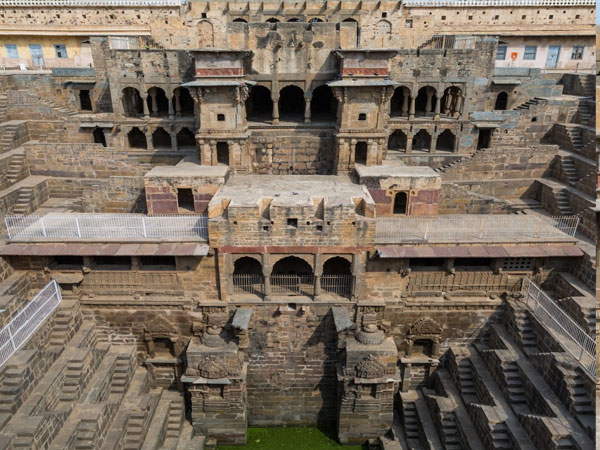 The condition of this village, famous as the city’s brightness or Abhanagri, is presently dilapidated. But even then, this village attracts millions of tourists from all over the world every year. Abhaneri is famous for its Bawari , which was used during the summers for rain water harvesting. Chand Bawari is the most popular among tourists who come here for their beautiful stone architecture. It is one of India’s largest and deep wells. Here the Harshat Mata Mandir is a popular tourist attraction that boasts of the wonderful architectural glory of medieval India.


Abhaneri village is popular due to its different types of Rajasthani folk dance forms. Which includes dance like Ghoomar, Kalbelia and Bhawai. Here is the folk dance of Ghoomar Bhil tribe. While Kalbelia’s dance of women in the Kalbelia community is Kalbelia dance. Whose main business is to catch poisonous snake and sell their venom. If there is talk of fare dance here, people here do it to honor Amba Mata or Mother Earth. The best time to visit Aabhanari is between October and March. At this time the weather here is very pleasant and comfortable.
© 2019 Car Rental Service In Ajmer, All rights reserved.
powered by : Web Innovative Point